Late last year I signed up for The Sketchbook Project so that I would have a fun extra-curricular activity to fill my spare hours with. The project is organized by Art House Co-Op, and the basic premise is as follows:

• you buy a blank sketchbook (anybody can participate)
• fill up your sketchbook according to the theme you chose when purchasing
• send the sketchbook back to Art House Co-Op
• all the sketchbooks that are sent in are taken on a national tour, after which…
• sketchbooks are placed in the Brooklyn Art Library where they can be checked out

As these things usually go, my spare hours dwindled and I was soon left with a looming deadline to fill an entire sketchbook in 2 weeks. From the 20 or so pre-set themes, I had chosen “adhere to me”. So I titled my sketchbook “Things That Stick” and got to work. 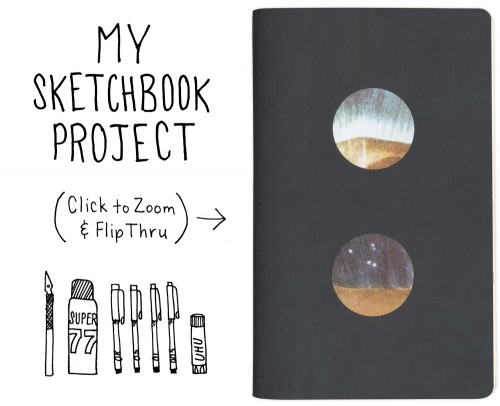 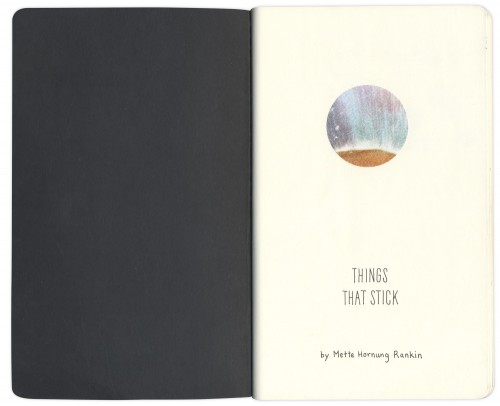 After working so ardently on my sketchbook I was a little sad to see it go, but it was also a bit of a relief. I showed it to a few people who I thought would enjoy it before putting it in the mail, never to be seen again. It was a good exercise in doing something for the experience rather than the results.

Behind The Scenes & Making Of

Since I had procrastinated, the first order of business was to halve the number of pages in my Moleskin from 80 to 40 by doing a fake french-fold by double stick taping every other page together. After getting some basic pagination down, I had figured out that each left facing page would be found images from catalogs, stockbooks, etc., and the right facing pages would be accompanying text.

Since I only had one sketchbook and therefore zero room for error, I sketched out most things before drawing or tracing it directly into the sketchbook. Some of the pages I like best (Grandma’s Gun, Boys & Girls, Dreams, A Good Book) were created on the fly with maybe just an outline of something that I then filled in without a plan. The sticky shadow page was inspired by a stint I spent filing at a previous job. After about 3 weeks, I felt like my own head had turned into the very same label maker I was using so diligently to organize an entire room’s worth of documents. I started drawing this poster in memory of what I called File-a-palooza, but never finished it. Here are few more in-progress sketches: 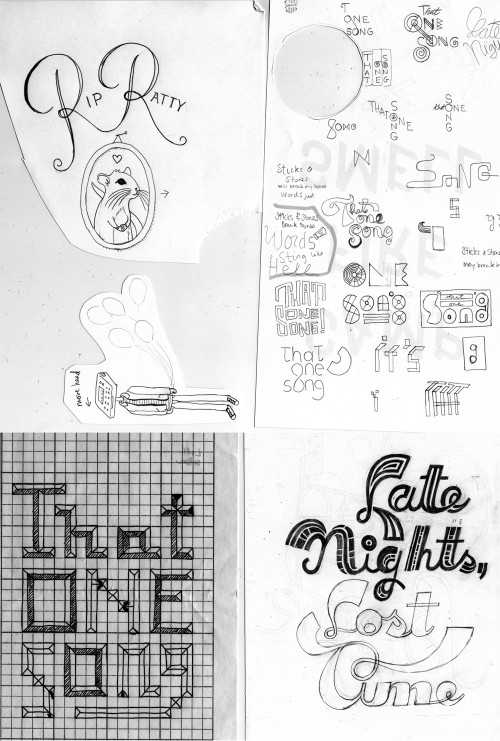 Most of the stock books I had were from Veer or House Industries circa 2003. I used my Whale of a Punch to punch out circles from various pages. The cover circles are from a hand holding a diamond ring, and the back side of the sheet gave me the little pink house on the Dreams page.

If you’re interested in checking out the sketchbook project, the tour dates are listed on their website.