From full-frontal meat spectacular to a dense foliage-laden tome of vegan cooking knowledge, my last two projects were on opposite ends of the food spectrum. This time the project at hand was designing a vegan cookbook: The Frugal Vegan! It’s no wonder half my blog posts are tagged MMMM, FOOD. 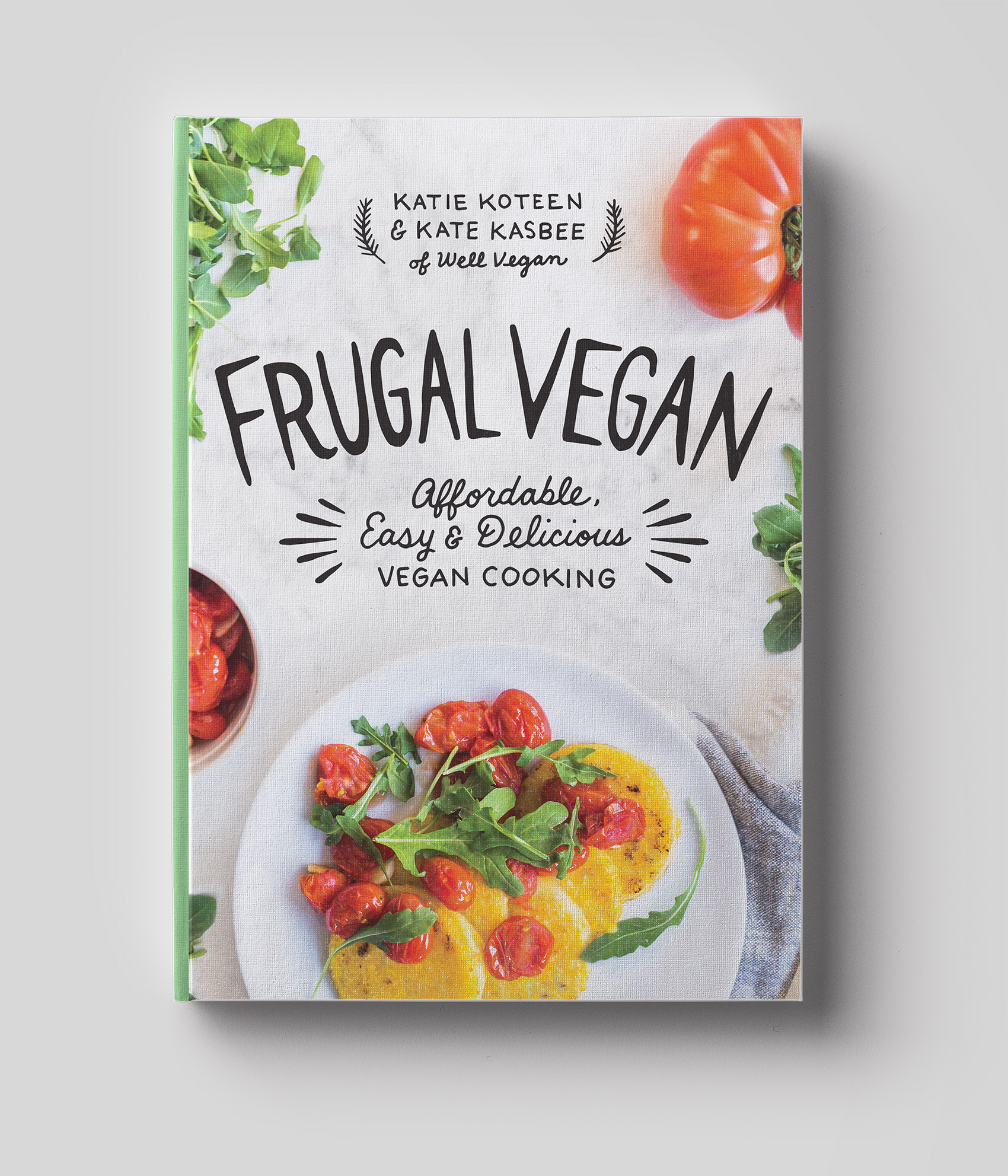 A friend and colleague I’ve worked with over the years recently published her first cookbook. Well Vegan is Katie Koteen’s online vegan meal-planning service. It was launched in 2010 and had been a side project of hers for several years, growing slowly with the addition of Kate Kasbee, then expanding the recipes and features on the site, and finally becoming a main focus of work which led to a book deal: Frugal Vegan: Affordable, Easy & Delicious Vegan Cooking. One of the most exciting parts of working with small business owners is seeing them grow their business and what direction(s) it takes over the years – this one is definitely on an upward trajectory. 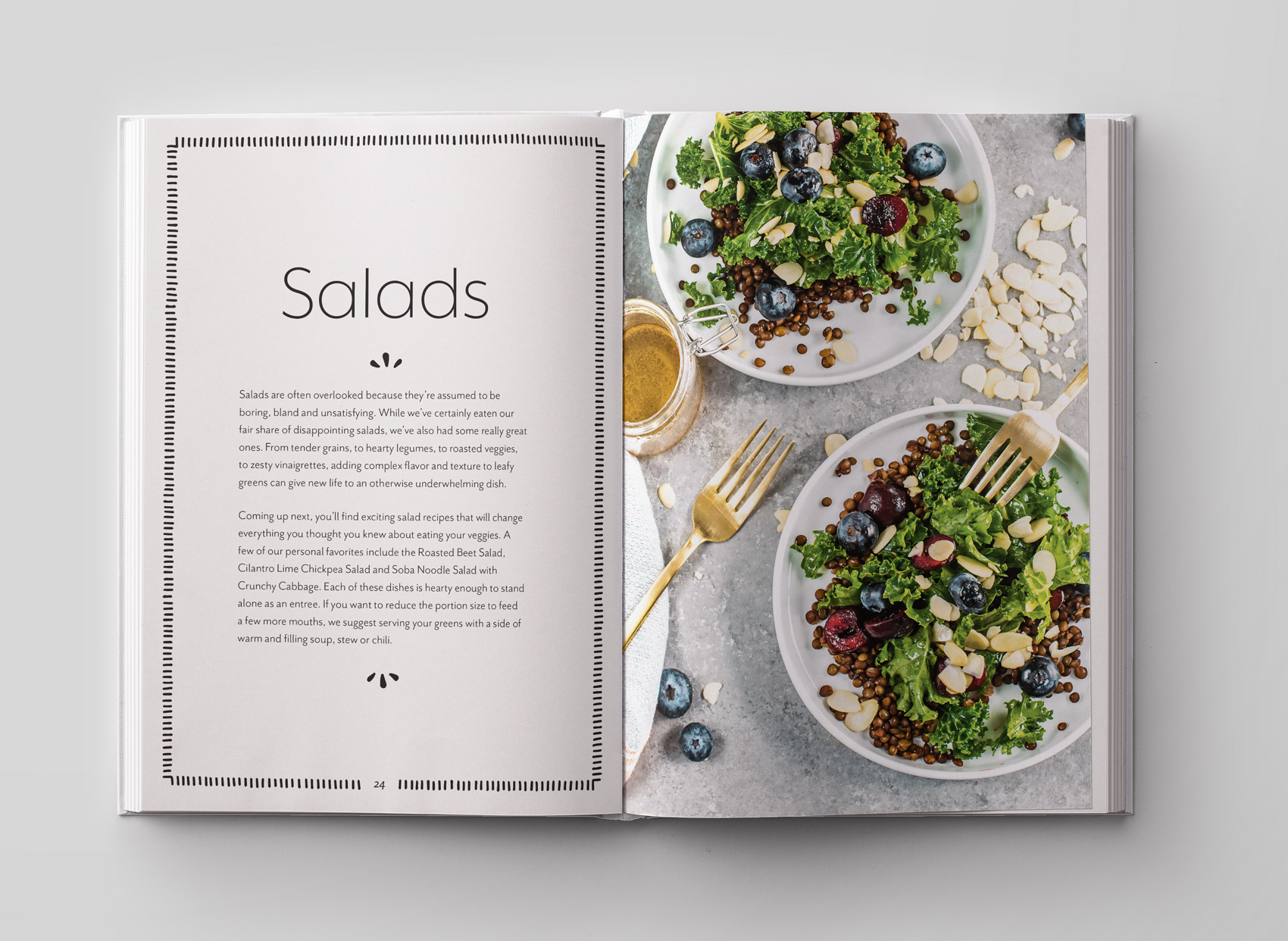 Katie & Kate tested and refined 99 recipes that focus on budget-friendly vegan cooking. I got to taste a few recipes along the way, witness an upgrade from an unreliable stove to a gas-top range, and in the end was asked to help with the book design. The project scope was limited but made a nice difference – developing a cover with photo direction and hand drawn typography reminiscent of her Well Vegan brand and creating an inside template for recipes and chapter introductions. Photography was shot by Wonder Jam. The end result is a fresh and easy-to-read cook book with accessible recipes that even (gasp) I could make. Probably. 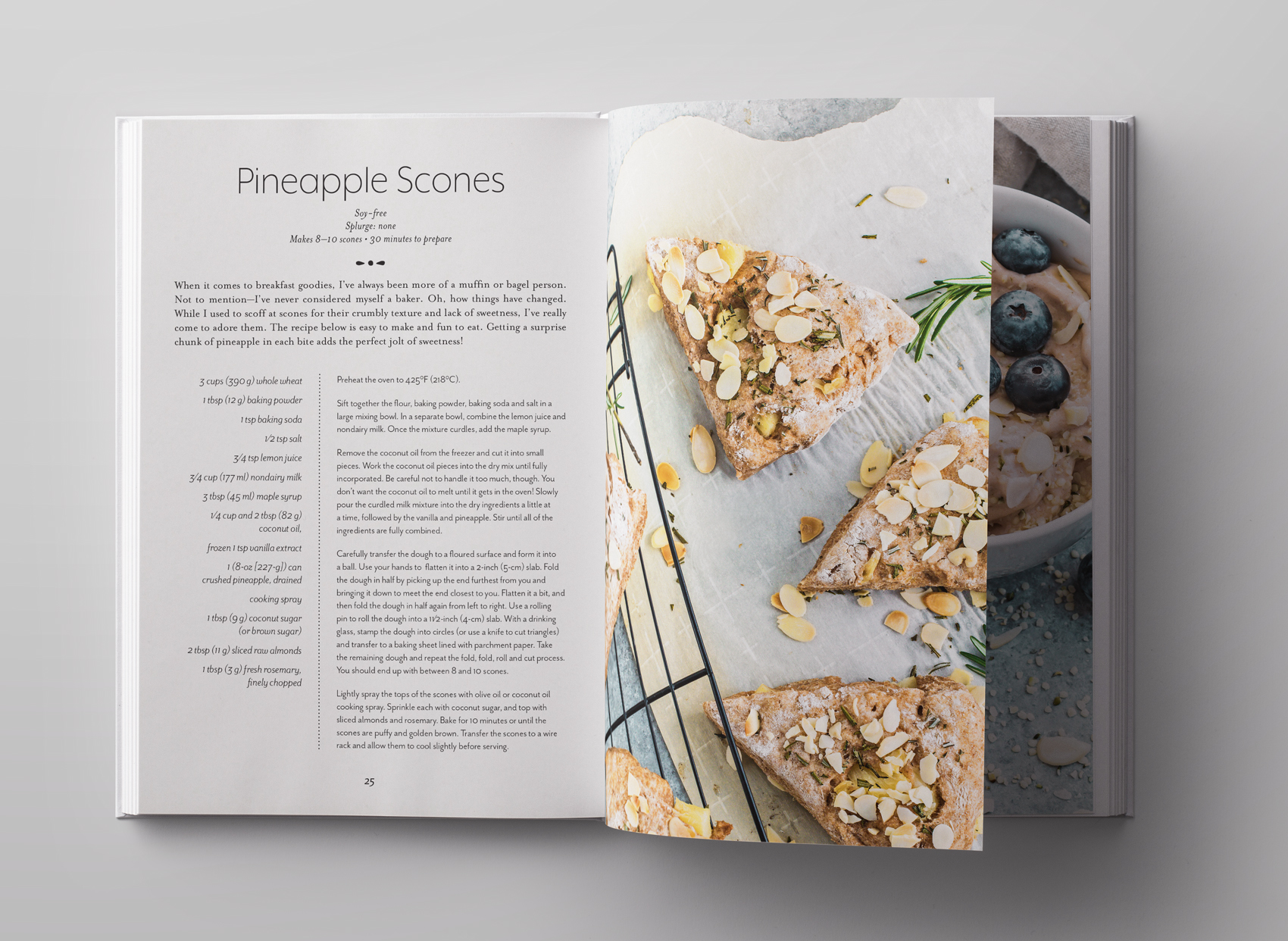