A follow up to Jungle Animal Rap, this idea started and ended within 3 seconds when the song The Bad Touch popped into my head and I saw this animal collage in my head. The obvious next step is to get it out on paper or screen as fast as possible before you think it’s a bad idea. So here ya go (jury is still out)!

The typography is a hand-drawn creation blending the attributes of Knockout Junior Liteweight and Block Berthold. I wonder if Hoefler & Co ever considered releasing a version called “Knockout Baby Steps”. 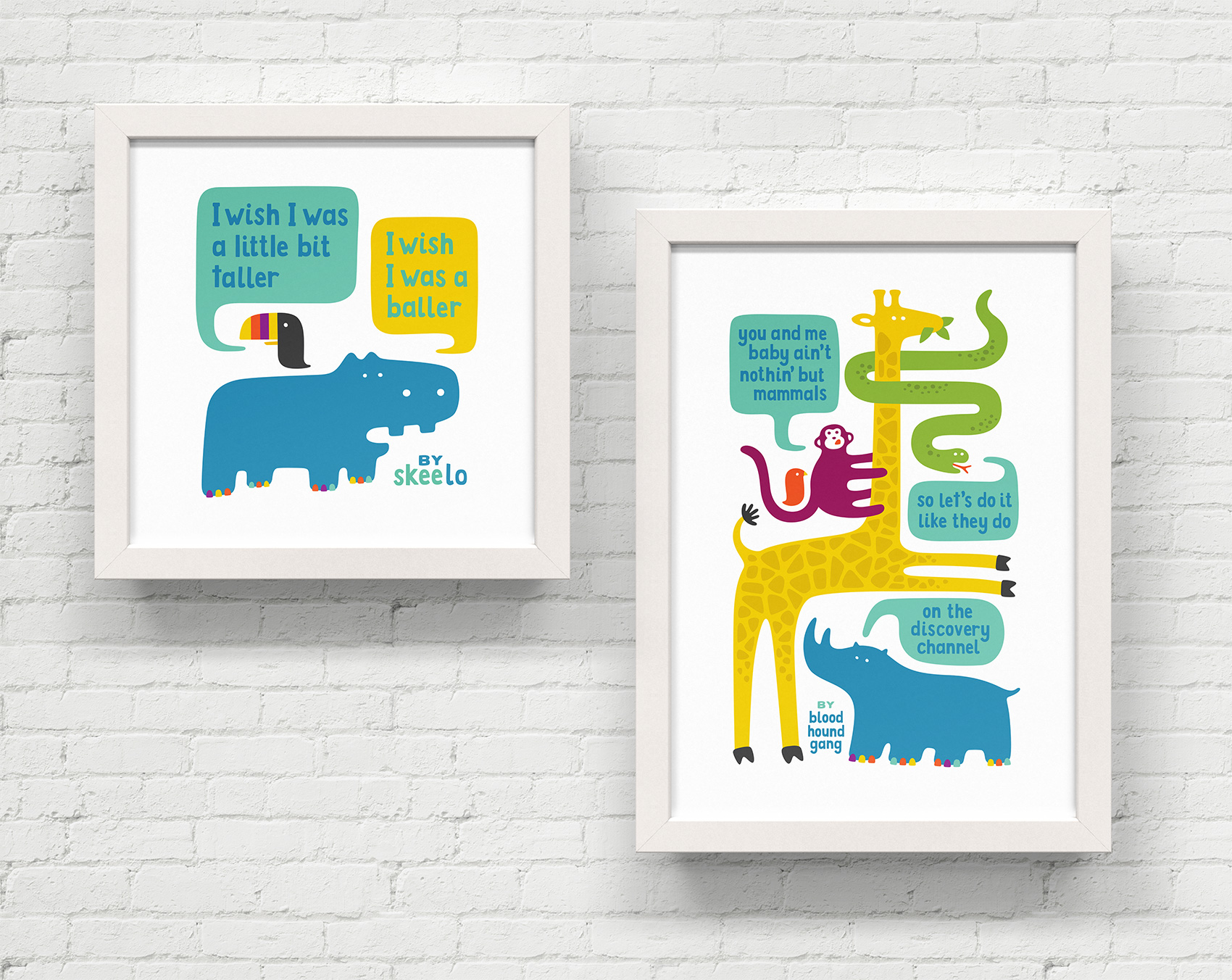